For any number of reasons, my wife Susan and I went to see Divergent last Friday.  We were, by far, the oldest people in the theater.  I was, about, the only male (except for a few fathers perhaps).  Everybody else was a 12(+-2)-year-old girl.

If you have no idea what I am talking about, then you are not into Hollywood generated mass popular culture, or middle-brow cultures concerned with “gender” either.  If “divergent” means to you something that it did not mean a few weeks ago then, as an intellectual adult (one of my readers, as I imagine them), I assume you also know that it is, among other things, the second (after The Hunger Games) of Hollywood responses to the accusation that there were no big budget, action adventure movies with girls as heroines.  So, in the kind of brief synopsis that start this kind of commentary, Divergent is about a 16-year-old girl who violently restores a threatened order and then moves on into the wilderness—and 12-year-old girls know about that.

But, of course, the movie is about much else and this is a response to Andrew O’Hehir who wrote about the movies as “capitalist agitprop” (March 22, 2014).  His thesis:

To begin with, if we accept the maxim that all fictional works about the imagined future are really about the present, what do these works have to say? They contain no intelligible level of social critique or social satire, as “1984” or “The Matrix” do, since the worlds they depict bear no relationship to any real or proposed society. Where, in the contemporary West, do we encounter the overtly fascistic forces of lockstep conformity, social segregation and workplace regimentation seen in these stories? I’m not asking whether these things exist, or could exist, I’m asking where we encounter them as ideology, as positive models for living.

This struck me also, one third of the way through the movie, when, for the first time, the heroine and other newcomers enter the cafeteria of their new “faction” and have to figure out where to sit.  Then our heroine attempts conversation with the man/boy next to the place she has chosen, only to be told “who do you think you are that you presume to talk to me?” (Those who understand Hollywood conventions will guess that the speaker will be the heroine’s romantic object.)

But, of course, who would want to be part of such a high school (or of the world of 1984, The Matrix, or any other dystopian future worlds imagined over the past century)?  Divergent, I agree with O’Hehir, is not about states, or corporations.  It is not about the world adults will experience.  It is about the present world of 12-year old girls (and boys also actually) as they are recruited into states or corporations they can barely imagine.  Sociologically, the movie is about the mechanisms of social reproduction in America.  Divergent is, and I stretch, Bourdieu for 12-year-olds.  It is about what can be questioned about the mechanisms, given an ideology that is, and has been for more than two centuries, the positive model for living and produces the questions that subsequent texts or institutions attempt to answer: “we hold these truths…” and thus “We the People … do ordain and establish this Constitution.”

This is the ideology American children are taught in high schools even as, by every report, from anthropologists (Henry 1963) to movies (Heathers) and television series (Friday Night Lights), high schools are hells (purgatories?) that no adolescent can escape.  Whether they are “really” hells is not the point.  They are, imaginatively, performatively, and potentially dramatically, the moment when young people caught in America first directly experience, and participate, in the segmentation of the population.  This is done through the mechanisms of “cliques” that are transposed in the movie into five “factions” though only three are given any dramatic role: the jocks (Dauntless), the nerds (Erudite), and the goody-goodies (Abnegation).  The last maybe the sign of something that has happened since most of the high school ethnographies I know have been written: the now inevitable presence of evangelicals and others who work in soup kitchens and the like as they claim the moral high ground.

But, as I wrote earlier in my career (1982, 1983), what is striking about clique production in actual high schools is the almost universal rejection of clique identification, particularly by those who may be seen from the outside as dominant members (“Others see us a clique, but we are really a loose group of friends”).  Thus, in America, adolescents collectively keep producing something they critique—like the divergent heroine who saves the factions of her world-as-institutionalized, even as she leaves.

So Divergent is extremely regular in presenting, as a model for behavior (Geertz 1973 [1966] ), the effort to diverge from pre-judicial expectations, build friendships and new lives away from convention given a world where pre-judgment of one’s belonging here or there is inevitable.

Actually, there is a twist here that may be original to the movie.  It is also about one aspect of high school life about which little is actually written, and that is the aptitude testing that sends one into this or that college tract (“she will never make it into Vassar,” “with a little more effort you might make it into State”).  The drama of the movie is that the post-apocalyptic state has actually found the holy grail of what makes the Educational Testing Service a central institution in America: an easy and fail-proof method to identify where one belongs … that one can specifically reject, against all advice.

The call to diverge from such pre-judgment is, of course, the essence of what has been labeled “American individualism.”  Whether it is also “American capitalism” (as O’Hehir argues), the call to diverge that is actually depicted in Divergent is complicated.  The movie, ostensibly, is a critique of the pretension of expert elites for absolute power obtained by manipulating the police and military.  It is one of the paradoxes of Hollywood that all such movies can be read as such critiques. 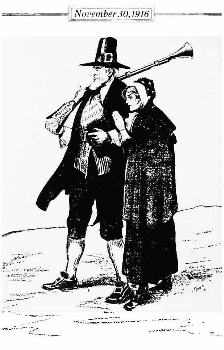 The critique here may only be of one aspect of the whole (the mechanisms of social reproduction), but it is a critique I have seen in such classic Westerns as Shane (1953), or even Rambo (1985).  The Hero(ine) fights the centralized state (always represented as urban, decadent, evil, obtuse – see The Hunger Games) in the name of local communal ideals.  For the American hero is not only an Individual (as it may in other European ideologies), he, and now she, is the architect of communities built on familial love.  It is not simply a cliche that, at the end of Divergent, the heroine leaves the city, with the romantic lead, into an uncharted, dangerous wilderness.

I argued a long time ago (1977) that American ideology should not be summarized as individualism, or capitalism (neo-liberalism).  The latter may flourish very well in the United States.  But it is not the principle that makes the American imagination flourish: for the individual is only good to the extent that his, or her, divergence, produces a new community, in love.  That attempting all is dangerous and can kill you is everywhere in the morality tales that Hollywood movies also are (Drummond 1996).

But one must at least dream of diverging, on an afternoon, with one’s best friends (if not one’s clique).

4 thoughts on “Dreaming of diverging”