After 40+ years of American Anthropological Association meetings, I cannot pretend that they are not familiar.  I registered  in the same booths the association has used for many years.  And as I walked I recognized sounds, topics, physical styles, rhythms.

My own rhythms, by now, are anything but not familiar.  As I mentioned before (December 16, 2015), I play “session roulette”: I open a door to a session room without checking printed title, sit down at the back, and listen.  I continue to recommend this to students as a way to, one hopes, making serendipity work.  Sometimes I stay.  but, mostly, I leave as it sounds all too familiar, including phrases and jargon that would surely appear strange to perhaps every human being on the planet—except perhaps professional anthropologists (“this post-neo-liberal moment”?!?!!).  “Ontology” has replaced “post-modernism” which had replaced. … and …., but pretentious obfuscation of limited ethnography remains.  The tribal order remains even as name tags get bigger (they are now the size of small bibs!), last name are obscured and American communal individualism gets reproduced in symbolic practices even as the multiple hierarchies that move people in and out of anthropology remain (as any one concerned with job applications well knows).

So, it is all very familiar, though it is not difficult for a cultural anthropologist to feel, see, and tell how all this is strange, wild, wonderfully extravagant and altogether awful—as well as thoroughly organized through our collective work.  It should take but a fast blink for any of “us” to see this as powerfully as anyone of our many “them’s” may also see it.

This bring me to my puzzle for November 2015: how do “we” maintain this particular order over so many years in a physical space that felt to me not particularly suited to the work of maintaining the order?  This year in Denver, like they were in Montreal, two or three years ago, the Meetings were held in a large convention hall.  The usual space the Meetings occupy have been “too small” leading to a sense of crowding.  This year the space was enormous and the people so spread out that, despite some effort, the people remained spread out and the space appeared, mostly empty, with large areas of empty spaces, deserts, at peripheries that were anything but distant. 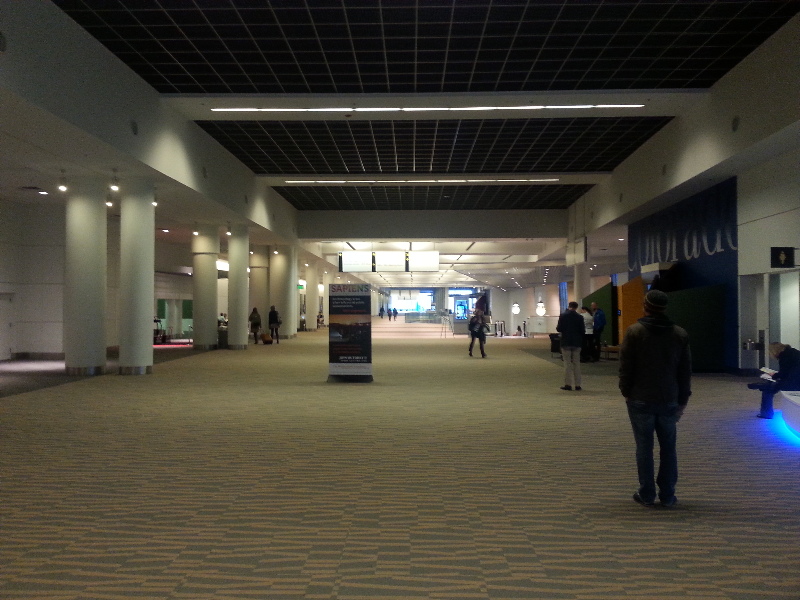 In other words, in a much safer way than so many millions have had to do over the past year, we, anthropologists, also attempted to produce a familiar order in an altogether strange-so-far physical (if not administrative, economic, and political) setting not necessarily convenient for this production.

The latest of the dissertations I recommend on such matters is Sunonda Samaddar’s (2015) on people from Sylhet, Bangladesh in Hamtrack (an enclave within the boundaries of Detroit).  There, as everywhere, children grow up, go to school, dream of love, marry, buy and sell property around the globe … and face the many impossibilities of matrilateral cross-cousin marriage!  I mention the last matter to lead a reader to what is not familiar about the evolving life-histories of the Sylhettis in Hamtrack.  For me, this is not simply about a “sub-culture” but rather about the not so impossible, though often difficult, efforts to make the strange (Detroit) familiar (somewhat like Sylhet), though perhaps in ways that could not be achieved in Sylhet.  For Hamtrack can actually be more rather than less Sylthetti than Sylhet!  Like Michele Verma earlier (2008), Samaddar traces moments in the present that are the “next” (in a conversational analysis sense) in a long conversation about making Sylhet familiar (including in Sylhet itself as it own place in the Indian subcontinent keeps changing).  In that conversation, among other things, the people from Sylhet and their children reveal, also, the (im-)possibilities of America in the United States (for example the use of multi-cultural education in school to enforce Muslim religiosity on reluctant children).

As for the anthropologists in Denver, they may have been most successful at producing their strange order during the debate about the boycott of Israeli universitities.  The act may be “mostly symbolic” (as I was told while being lobbied), it may be (non-)violent; it may have been a mask for darker possibilities (from which some supporters specifically shied away–thereby making them accountable).  But it was also an orderly organization of more than 1,500 bodies, together, speaking against and, mostly, for the resolution to boycott.  The total (social) fact was anything but “symbolic”: it was what anthropologists, as a collectivity of consociates do—even in the midst of (post-neo-liberal-mass society [choose your qualifier]) space.  It was altogether very familiar (for someone who started his participation during the various debates about the Vietnam War).

For the professional anthropologist: This is a problem in the relationship of ecology to culture as ongoing interactional pattern of bodies interacting and symbolizing this pattern (to add my jargon).